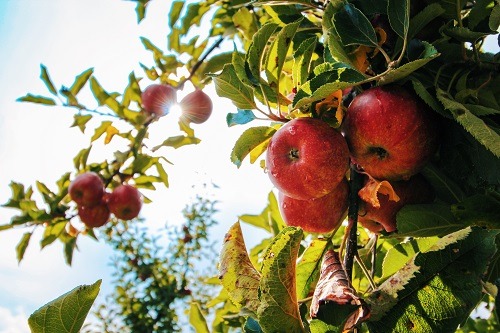 Meet today’s case example, Jessica. She’s not a real client; however she certainly could be!

Jessica’s never experienced anything like sexual abuse, war, child abuse, or really anything except the ordinary bumps of life. To the outsider, she’s dependable, conscientious, maybe a little shy, and generally a pretty good person. Jessica has a secret. She’s a perfectionist.

The Symptoms of Perfectionism

Perfectionism is driven by the fear of not being good enough, and it comes with a ton of problems. For Jessica, the problems include procrastination, obsessing over her appearance, and restricting her activities. When a task or event outside of her comfort zone comes up, Jessica is immobilized with fear. She experiences panic attacks; calls in sick to work when she’s not; begs out of social engagements, and ruminates for hours before she finally falls asleep. These behaviors didn’t just magically show up one day, it’s an ongoing pattern that gets worse with time.

How It All Started

It started in childhood, and from an adult perspective, the event seems benign. However, when a person’s capacity is overwhelmed, it results in survival memories (aka trauma). It’s almost a given that most survival memories are created in childhood. Children are more vulnerable to trauma for two reasons. Firstly, their brains are not fully mature and they don’t have the same reasoning capacity as an adult. Secondly, they’re highly dependent on others. Consequently, things that happen in childhood often leave long-lasting impressions. Even when a person comes from the most loving family, trauma may still develop. Let’s see how it started for Jessica.

One day, five year-old Jessica and her best friend Sally were in the backyard playing on the swing set. Out of nowhere, Sally pushed Jessica off of the swing. Jessica fell, scraped her knee, and began to cry. She was completely confused about what happened. It was hard to understand why her best friend did such a thing. Jessica thought that she must have done something wrong to deserve such treatment. She concluded that she wasn’t a good enough friend, because why else would Sally have pushed her? (Remember, that as far as the natural course of brain development goes, all young children are egocentric–the world revolves around them. It’s a natural and healthy stage of development.)

To avoid being hurt again, Jessica made an unconscious decision to be vigilant about her behaviors, and to never not be good enough again. In other words, to cover up the limiting belief that she’s not good enough, Jessica needs to engage in perfectionism. She needs to show everyone around her that she is good enough–that she is a good little girl.

What Keeps It Going

It doesn’t end there. Jessica’s ‘good’ and ‘perfect’ behaviors are rewarded by parents, friends, coaches, and school teachers. Her parents describe her as obedient and shy. Teachers say she is smart and quiet. The feedback that Jessica receives only serves to reinforce perfectionism. However, underneath it all, Jessica never feels good about any of the compliments. It’s like the compliments belong to someone else, and sometimes she inwardly hates praise. It feels like she doesn’t deserve the credit. She feels like a fraud. In her heart, she never feels good enough.

Perfection Is Not Protection

As Jessica matures, she realizes that obtaining perfection is a myth; however, that doesn’t deter her pursuits. She spends more time, money, and energy to look and be perfect to everyone around her. Little things  happen that throw Jessica into a spiraling states of anxiety.  Like when she spilled food on her blouse at work, she panicked, felt embarrassed, inwardly berated herself, and hurried home from work so that no one would see the food stain. For Jessica, a little stain causes big problems.

An apple seed is small and, in and of itself, has very little power to do anything. However, plant, fertilize, and water that little seed, and watch it grow into a massive fruit-bearing tree. The tree is strong, and the fruit is plentiful. Seemingly innocent events, like being pushed off a swing set, can plant a future trauma tree. The little seed grows faster and stronger with other uncomfortable incidents acting as fertilizer (a.k.a. other shitty events) and acknowledgements acting as water (praise, and positive or negative attention).

Given enough time, the seed of a survival memory develops into a huge tree with a lot of fruit (behaviors, thoughts, emotions). It’s only when the fruit hits the ground and rots open, that we see that the seed and the tree are the same thing. The reason why we don’t recognize Jessica’s behaviors as trauma (survival memories) is because the seed doesn’t look like the tree, and the tree doesn’t look like the seed.

Chop Down the Apple Tree

Jessica’s not doomed, and neither are you. Perfectionism, avoidance, procrastination, depression, anxiety, phobias and low self-esteem are all trauma trees. Their symptoms are simply the fruit from the tree. The good news is that you don’t have to live in an overgrown orchard. We specialize in the treatment of trauma. In fact, the Unstuck Method is designed to chop down apple trees. Help is available, and when you’re ready, we’ll be here.